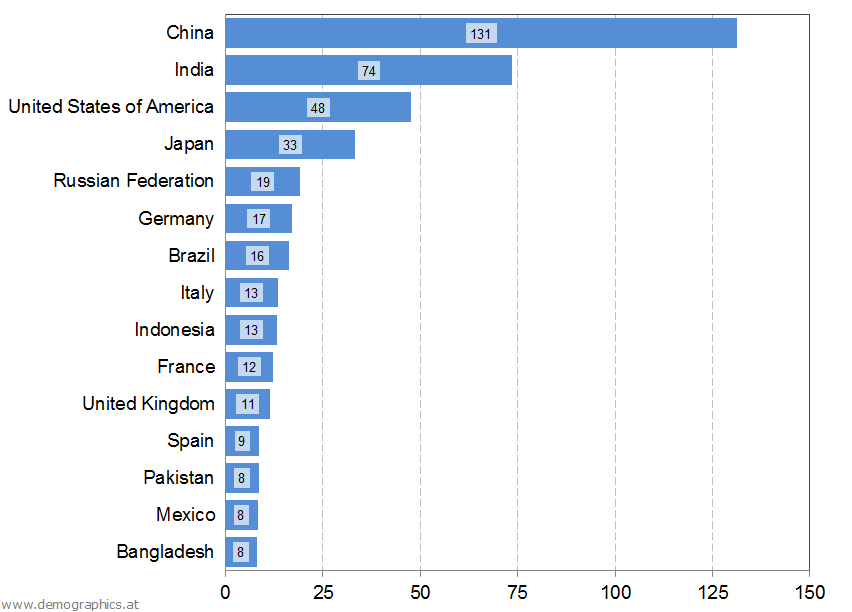 India only has have as many elderly as China: Just 74 million people in India are 65 years of age or older.

The United States of America has about 48 million people age 65 and above; Japan 33 million. 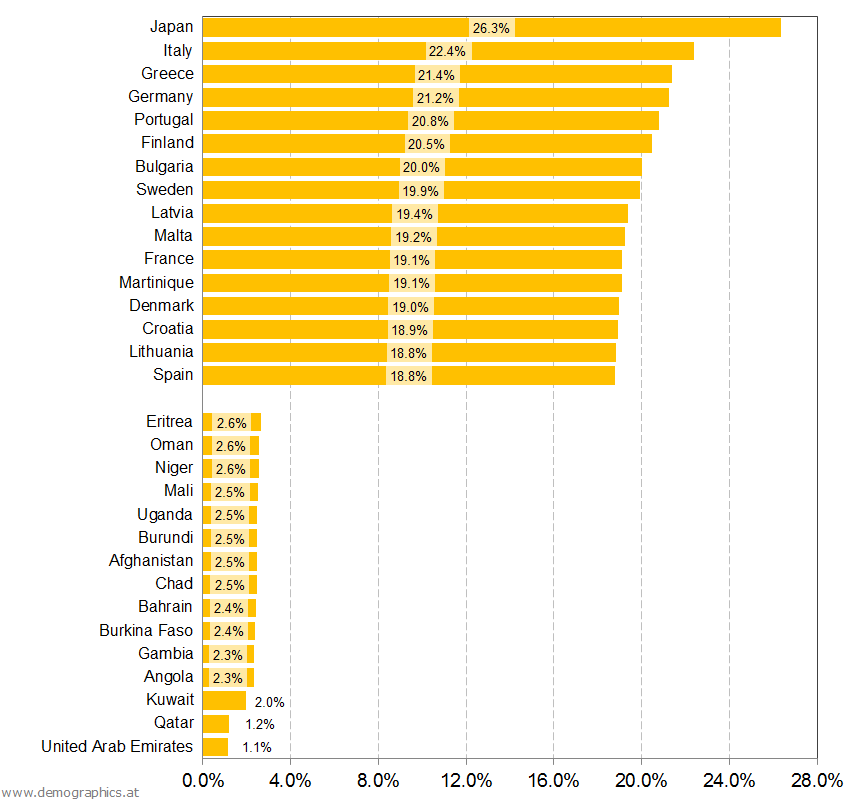 But there are several European countries, where the percentage of people age 65 and above is higher than 20%: Bulgaria, Finland, Portugal, Germany, Greece and Italy.

By comparison, countries in Africa have very small elderly populations - typically just 2% to 5% of the population is 65 years or older. In fact, the 15 countries with the lowest percentage of elderly, have only up to 2.6% of their population 65 or older.