In Asia we can still find large rural populations. Currently, there are some 2.3 billion people residing in the rural areas of Asia.
However, the rural population has been declining since 2000 and it will further decline over the next decades. By 2050, Asia will have only 1.85 billion rural residents. Asia's urban population, on the other hand, has been rising rapidly and will reach some 3.3 billion by 2050.

Chart by GKH. Data source: United Nations WUP2014
Today (2014), China has, by far, the largest urban population - already some 758 million. This is quite remarkable, because only a few decades ago, China practized a so-called "closed city policy", which attempted to prevent peasants to become city residents.

Chart by GKH. Data source: United Nations WUP2014
India, not China, has the largest rural population with 857 million. Thus India has about 180 million more rural residents than China, which still has a rural populatio of about 635 million

All other rural populations in the world are significantly smaller. Indonesia, which is the country with the third "largest" rural population, has only 119 million rural residents.

These numbers clearly show that currently most rural residents in the world are living in India and China.
Literature:
United Nations, Department of Economic and Social Affairs, Population Division (2014). World Urbanization Prospects: The 2014 Revision, CD-ROM Edition.
Urban population by regions: 1950, 2015, 2050.

Estimating the population of urban agglomerations over historical time periods is a major challenge due to the complexity of the urban growth process. Villages can become towns, towns can grow into cities, and cities can be transformed into urban agglomerations in a number of ways:
They may increase due to natural population growth - as a result of a larger number of births than deaths; they may grow due to rural-urban or urban-urban migration; or they may emerge as a result of administrative changes.
These administrative changes can also involve several different processes: They may include the incorporation of sub-urban areas or neighboring towns into a larger city or the foundation of a completely new city - as was the case with several newly established national capitals. Administrative changes also include the re-naming of urban agglomerations - particularly those that had foreign names been assigned during the colonial period.

The diagram above tries to highlight some of these processes. The challenge of estimating the population of human settlements arises from the fact that both their name and their physical extend may have changed over past decades - sometimes several times. Different towns (with different names) may have been combined into one urban agglomeration - with the name of one of the original towns or with a completely new name. Population statistics referring to a "city proper" may be discontinued and replaced by data for the much larger area of an "urban agglomeration" with the same name - which may, or may not, include other neighboring cities.

With the rapid urbanization of the world it seems obvious that urban life must have many advantages. But I would argue that people are not necessarily preferring city life, but often have no alternative.

The "green revolution" and the mechanization have greatly increased agricultural productivity - with the consequence that millions of farmers and farm workers are no longer needed in the rural areas.

Also, we should not forget that urban growth is now often driven primarily by population growth within cities. Many urban dwellers where born in a city and have never experienced life in a rural area. The urban population of the world is increasingly perceiving their environment without alternative.

Only in the most advanced urbanized countries we can observe new trends of "urban agriculture" or "green living". Small groups of the urban population in wealthy countries try to recreate the "lost rural world" to improve their quality of life.

It also appears that "urban agriculture and forestry" may be important for improving food security and quality of life in the urban agglomerations of developing countries.

Europe: Urbanization and expansion of natural land cover, 1900 and 2010

Urbanization does not necessarily mean loss of natural land cover - just the opposite. With urbanization it is often possible - or even unavoidable - that rural areas are de-populated. When young people move from rural to urban areas, small-scale agriculture declines, as the remaining older population is unable or unwilling to cultuvate the land. Only large-scale agribusinesses will cultivate the best arable land.

Eventually, the uncultivated land is covered by natural reforestation. In some cases, nature parks and preservation areas are established or expanded.

The maps above show results from an analysis of historic and current land cover in Europe. One can easily see that Europe today is much "greener" than it was in 1900 - despite (or because of) urbanization. 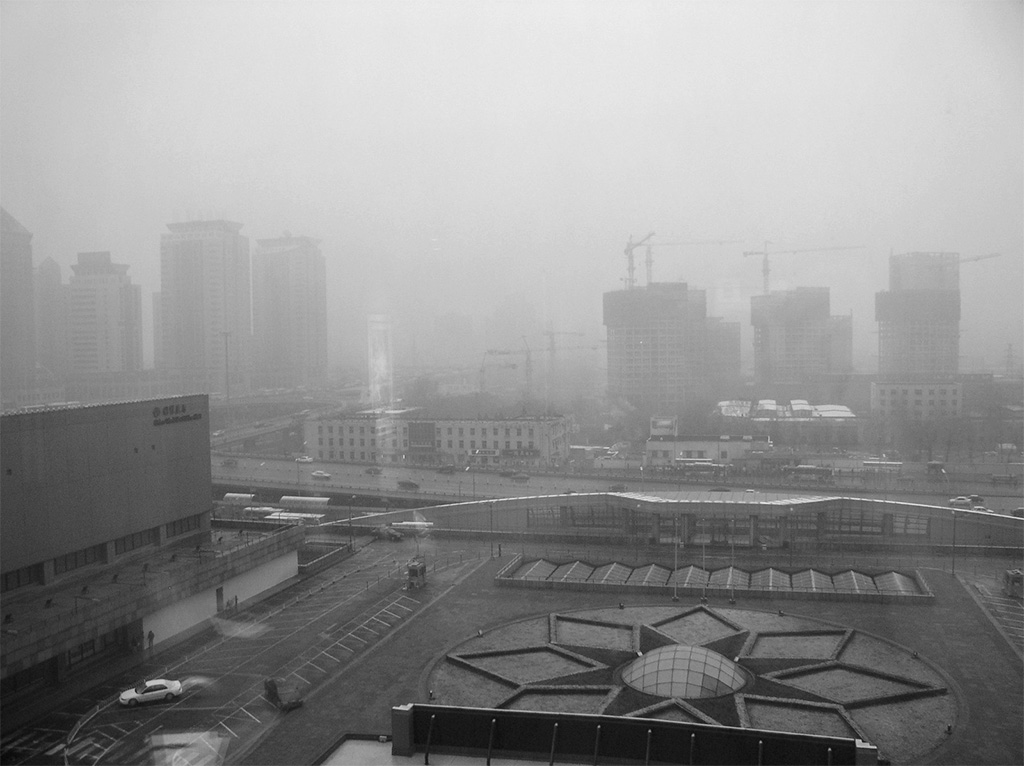 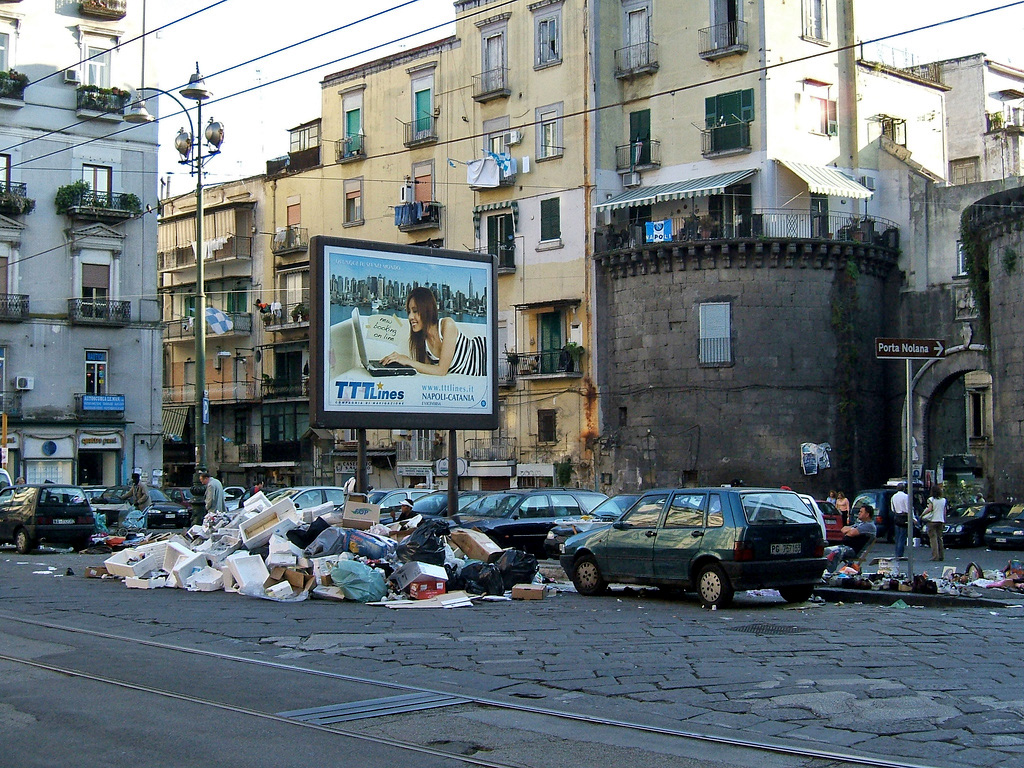 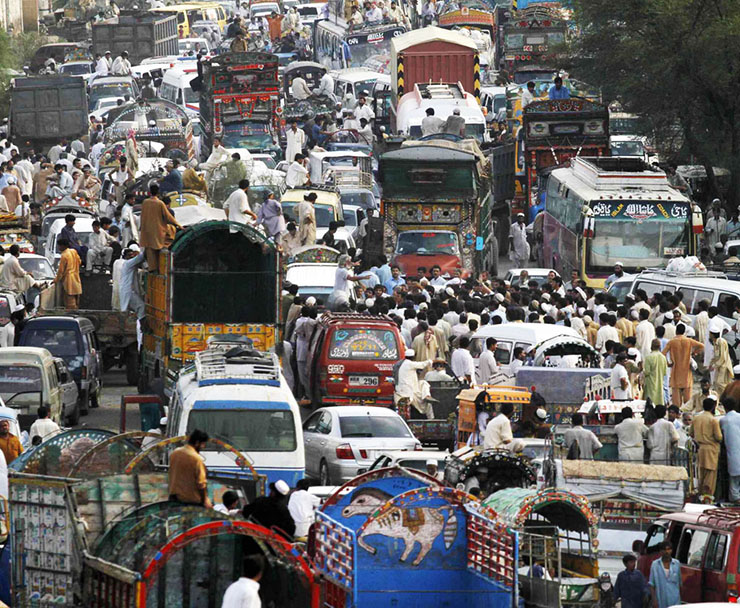 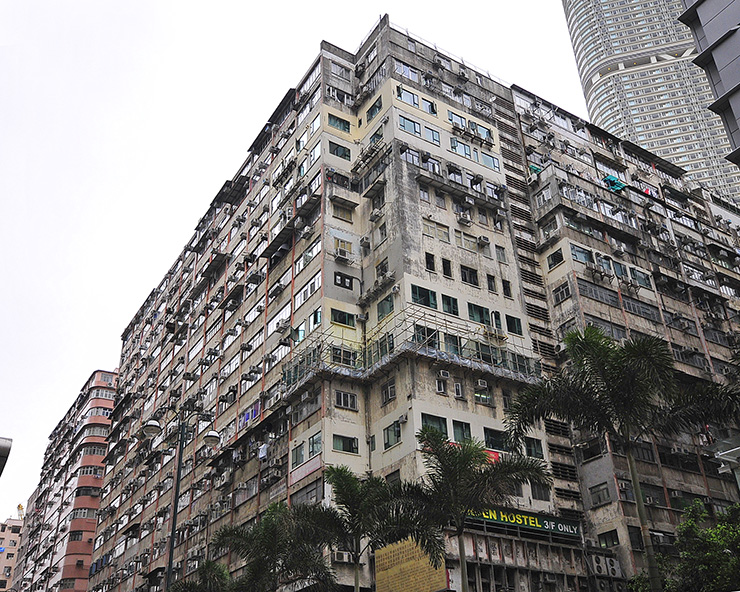 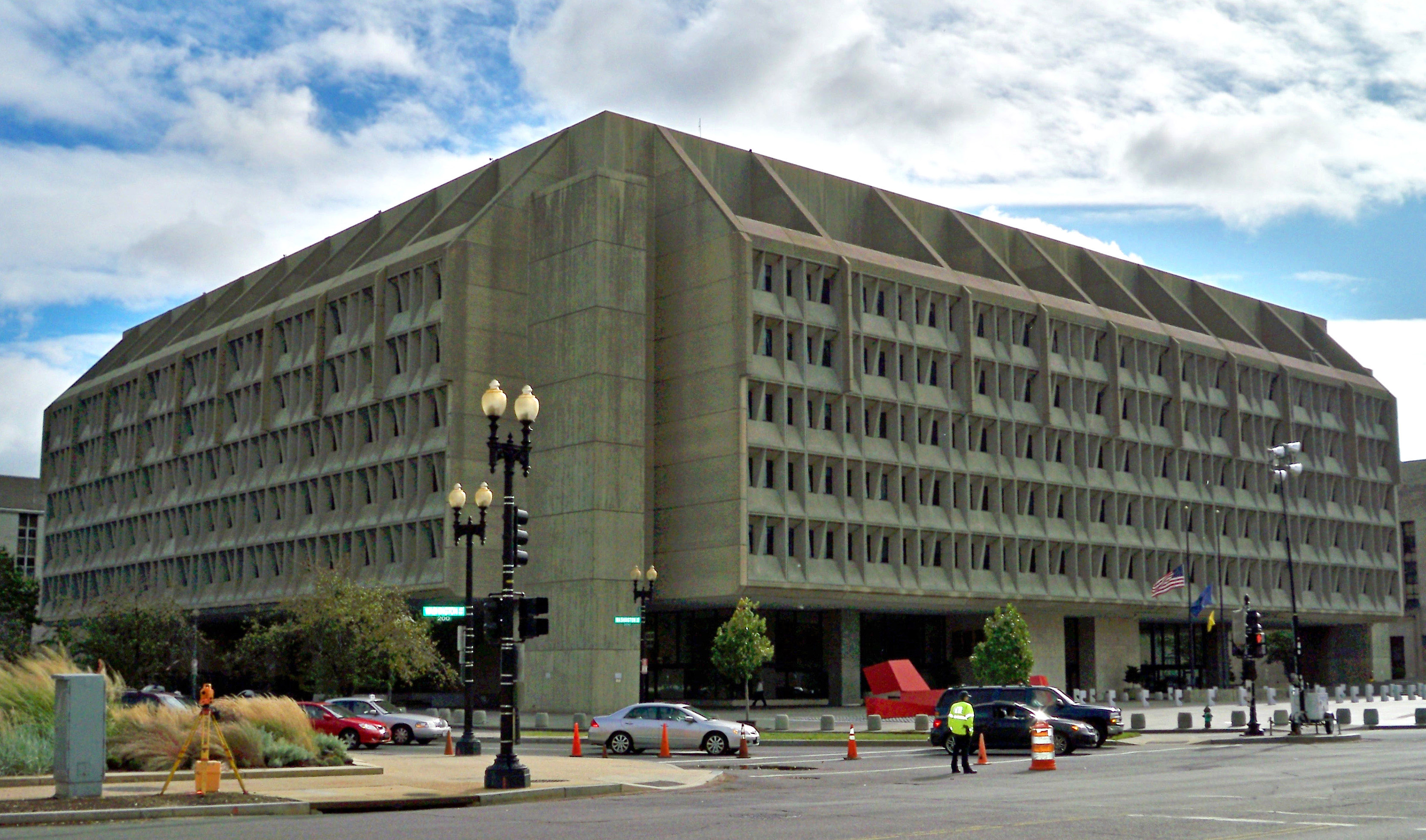 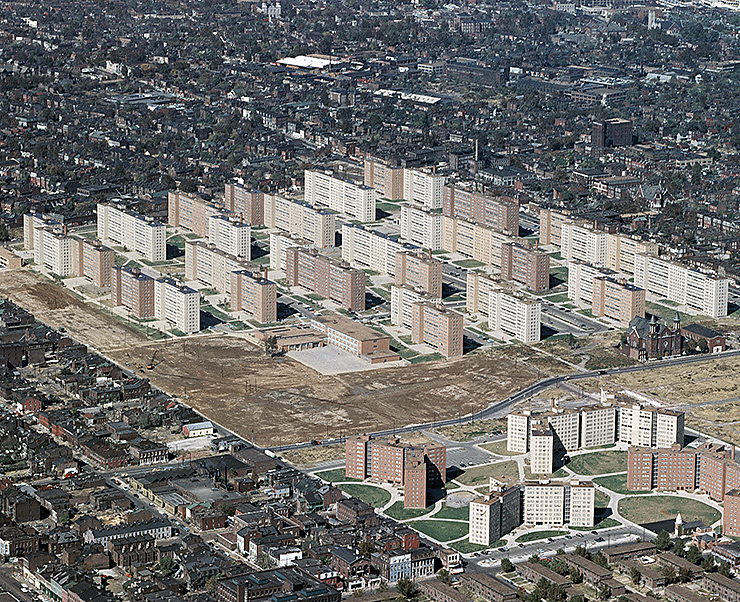 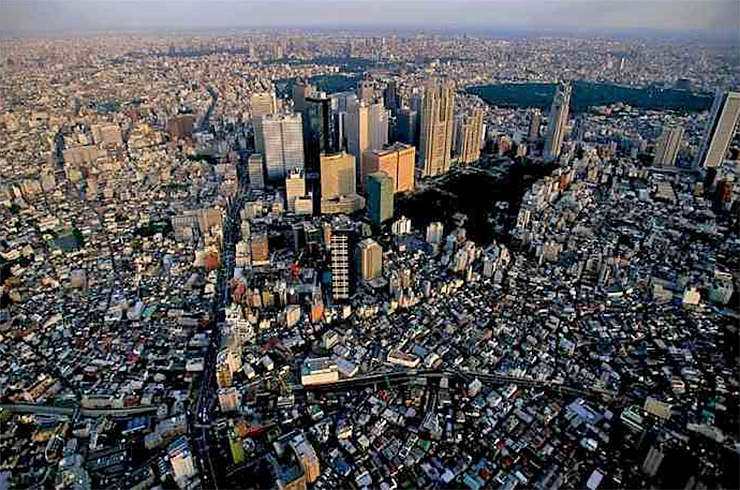 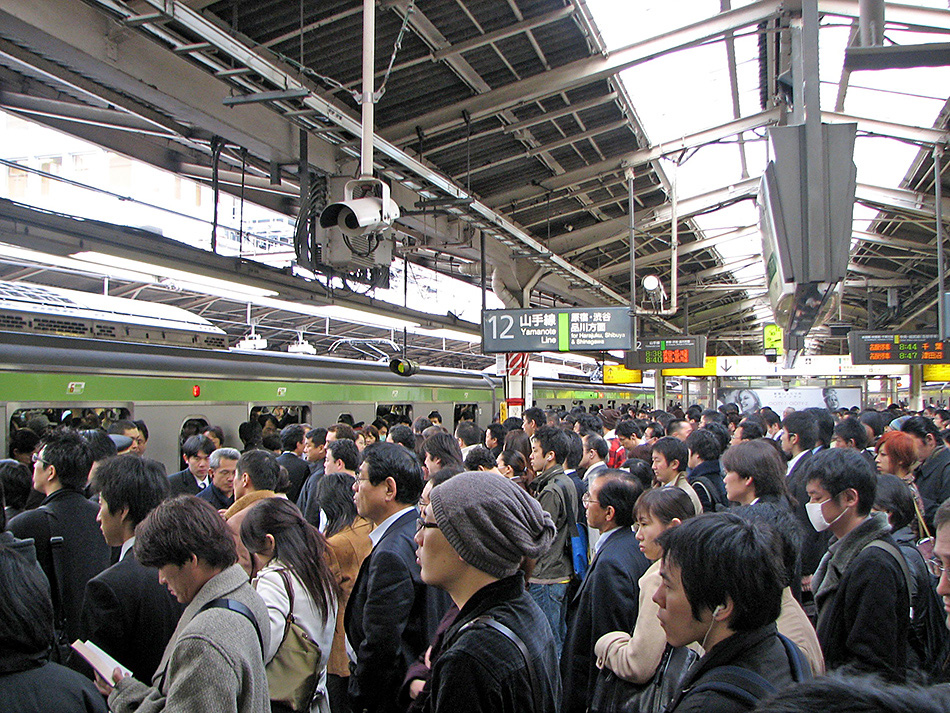 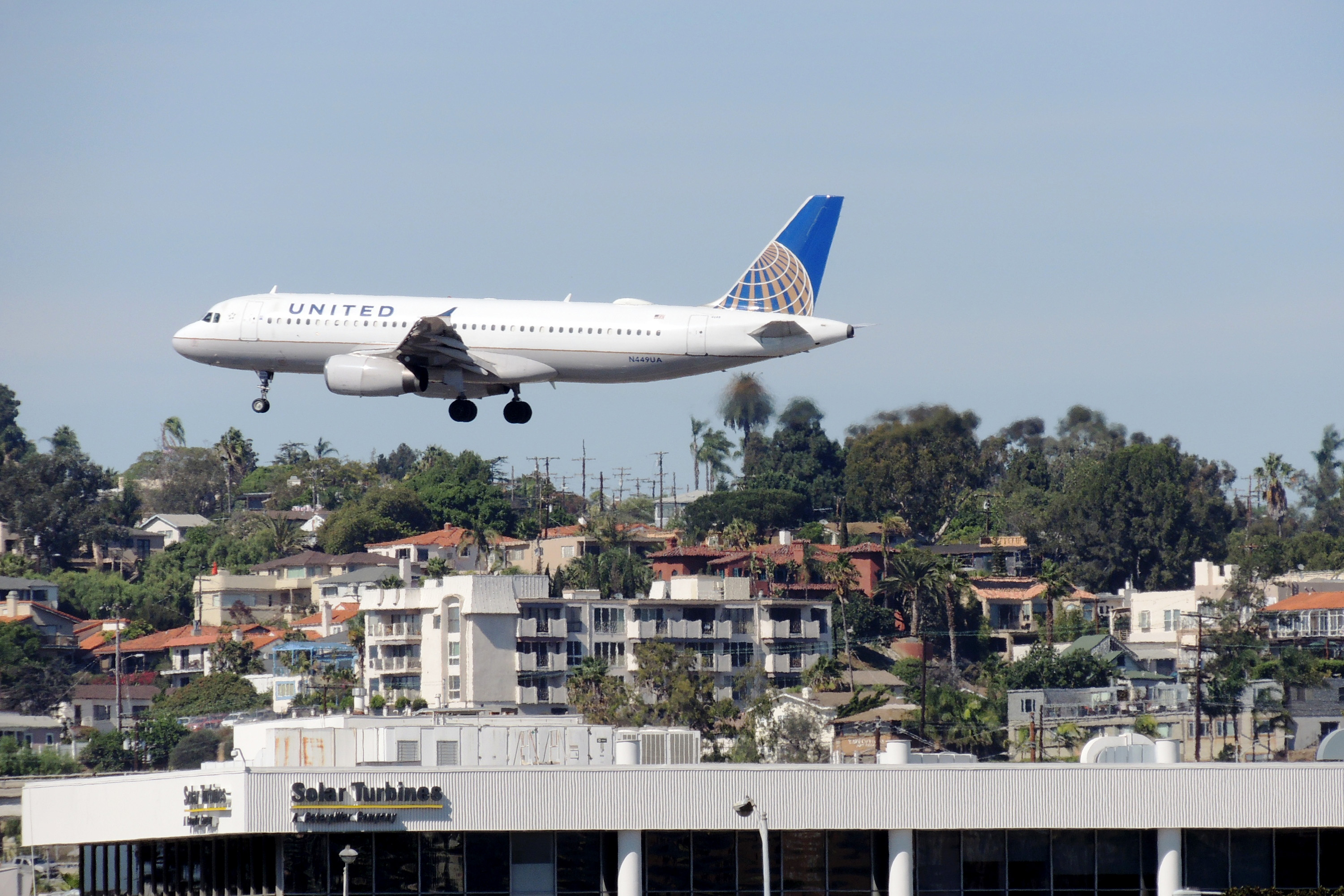 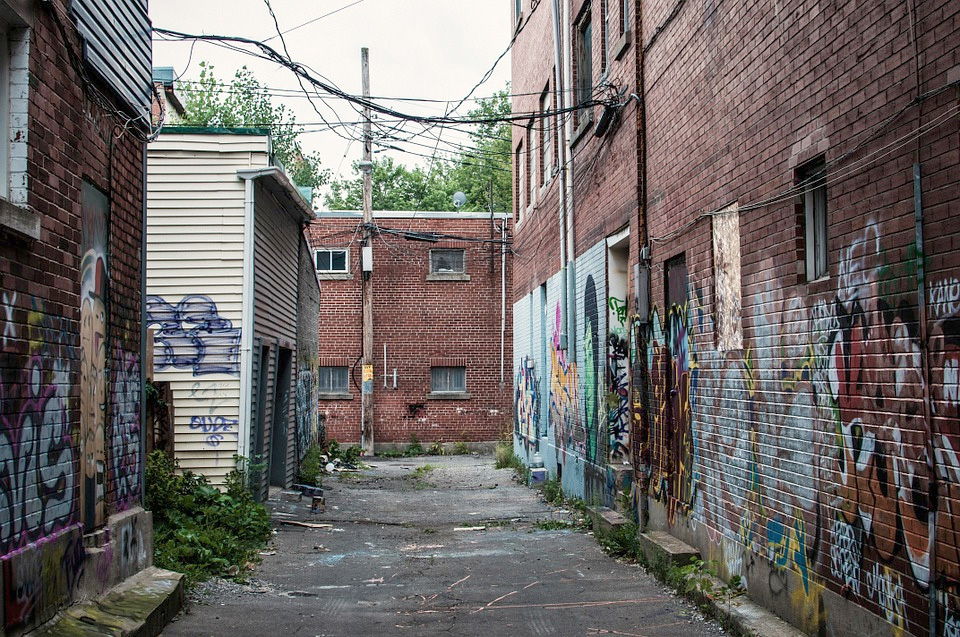 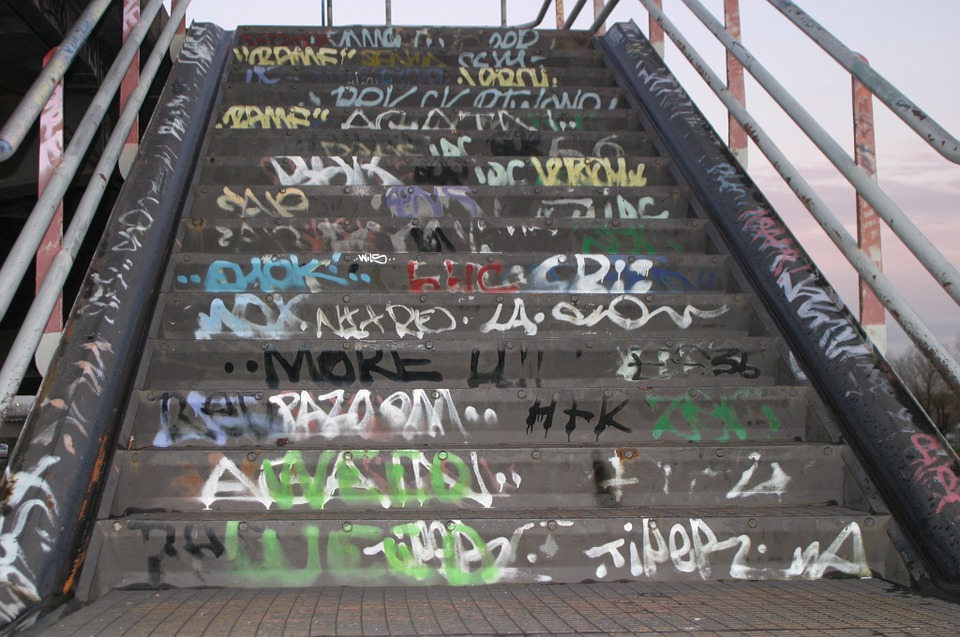 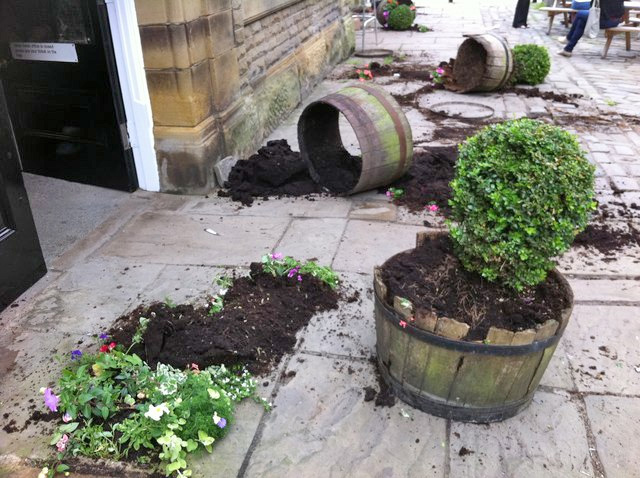 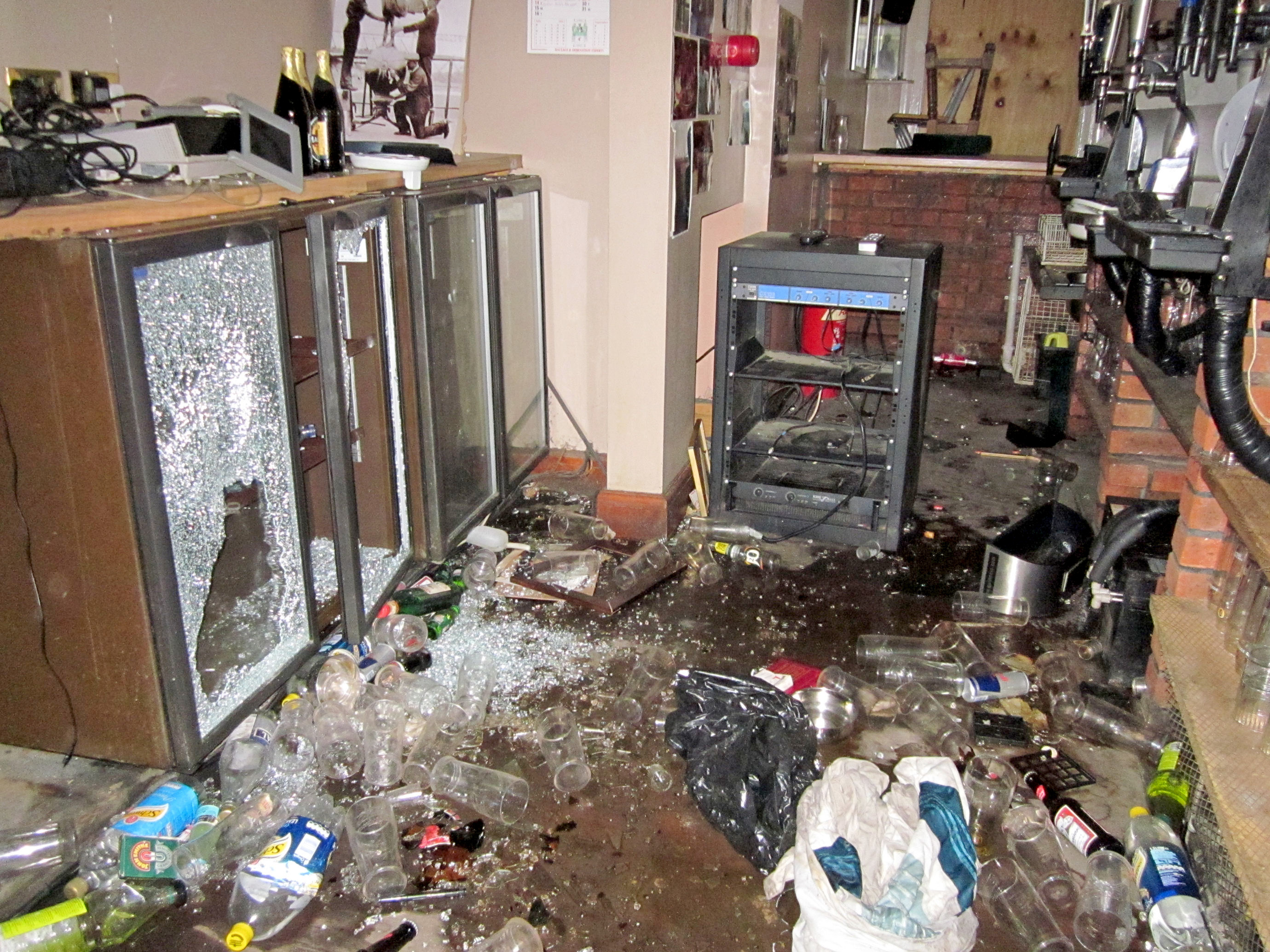 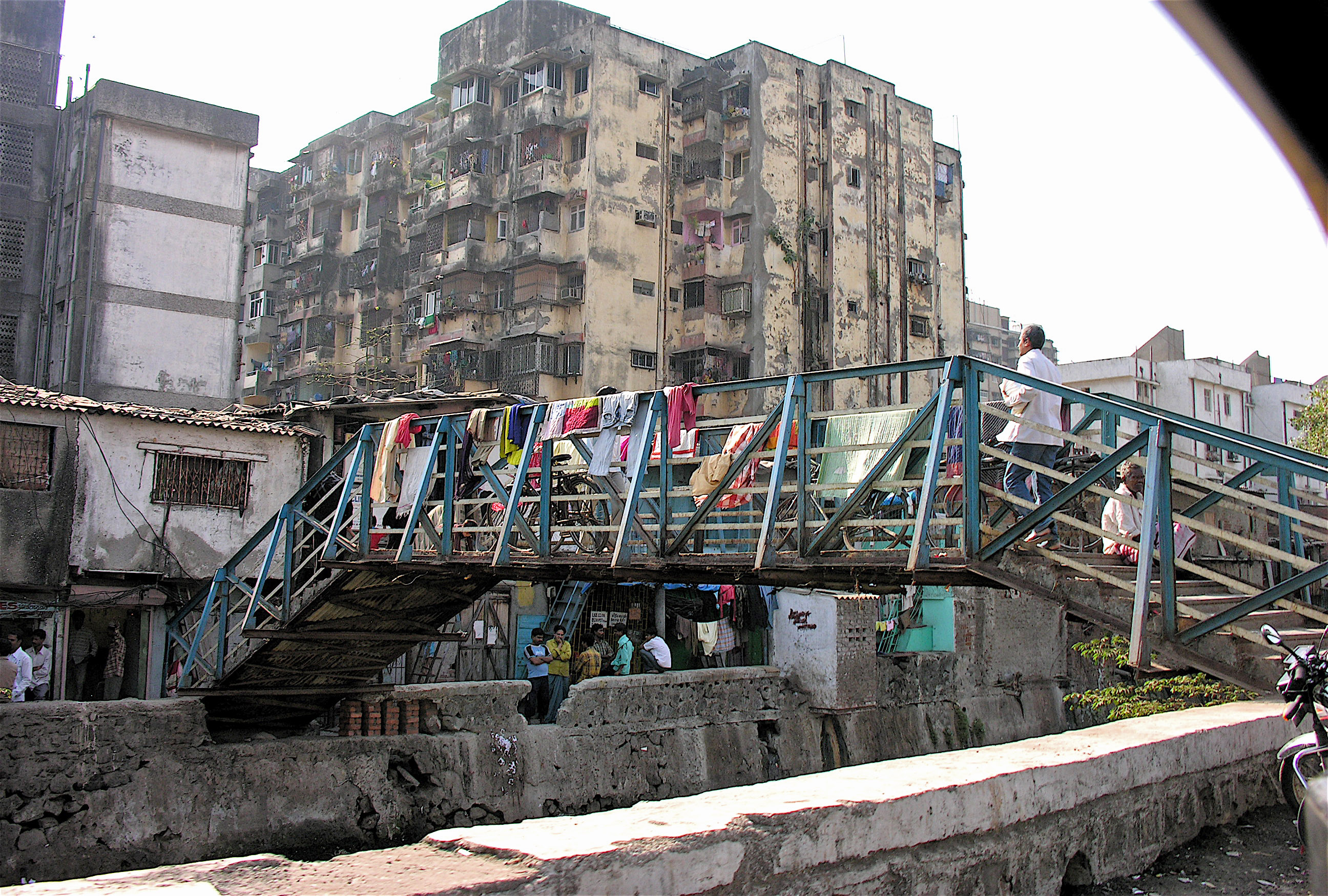 By Jon Hurd - originally posted to Flickr as Dharavi Slum, CC BY 2.0, https://commons.wikimedia.org/w/index.php?curid=4153374 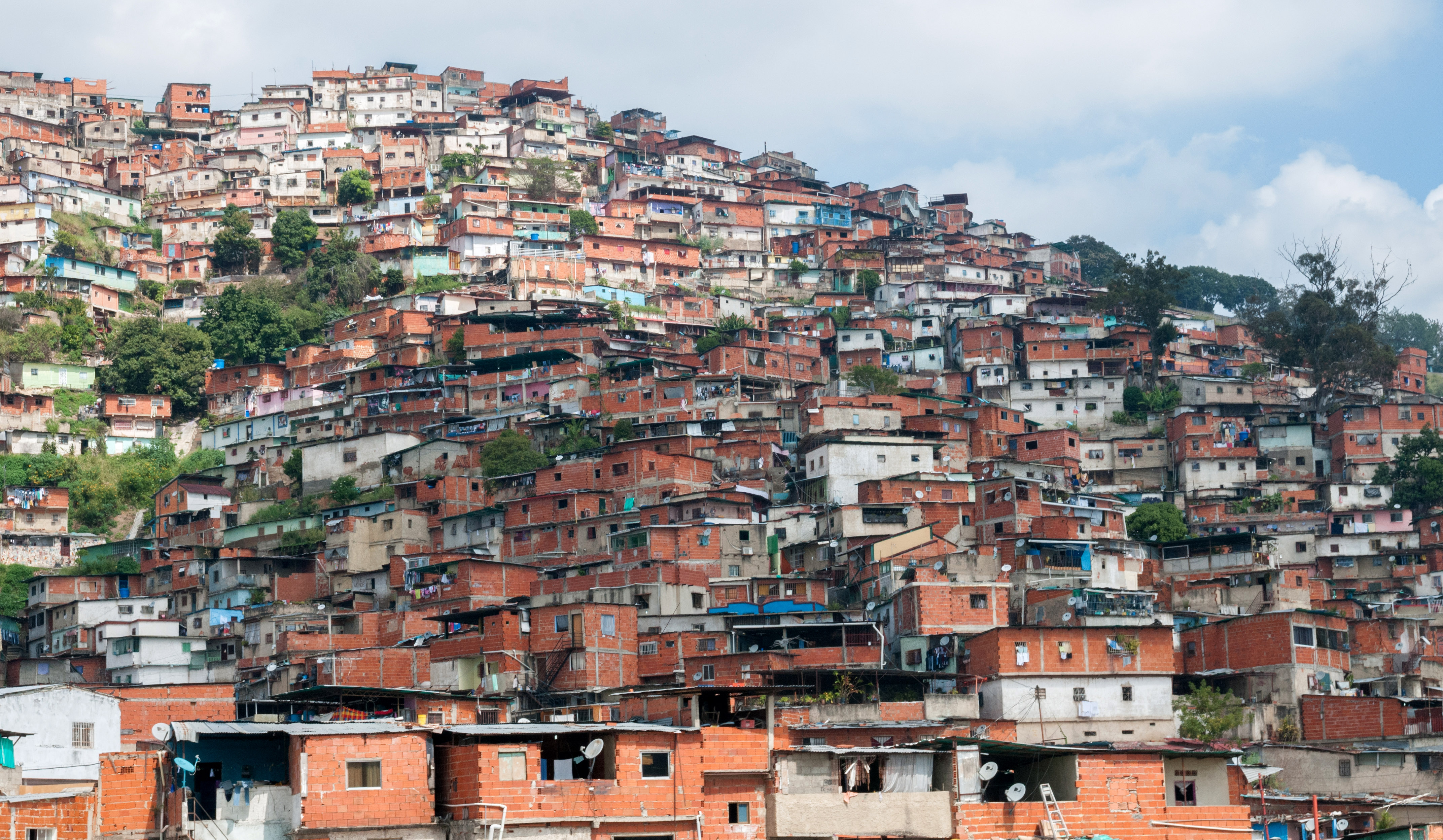 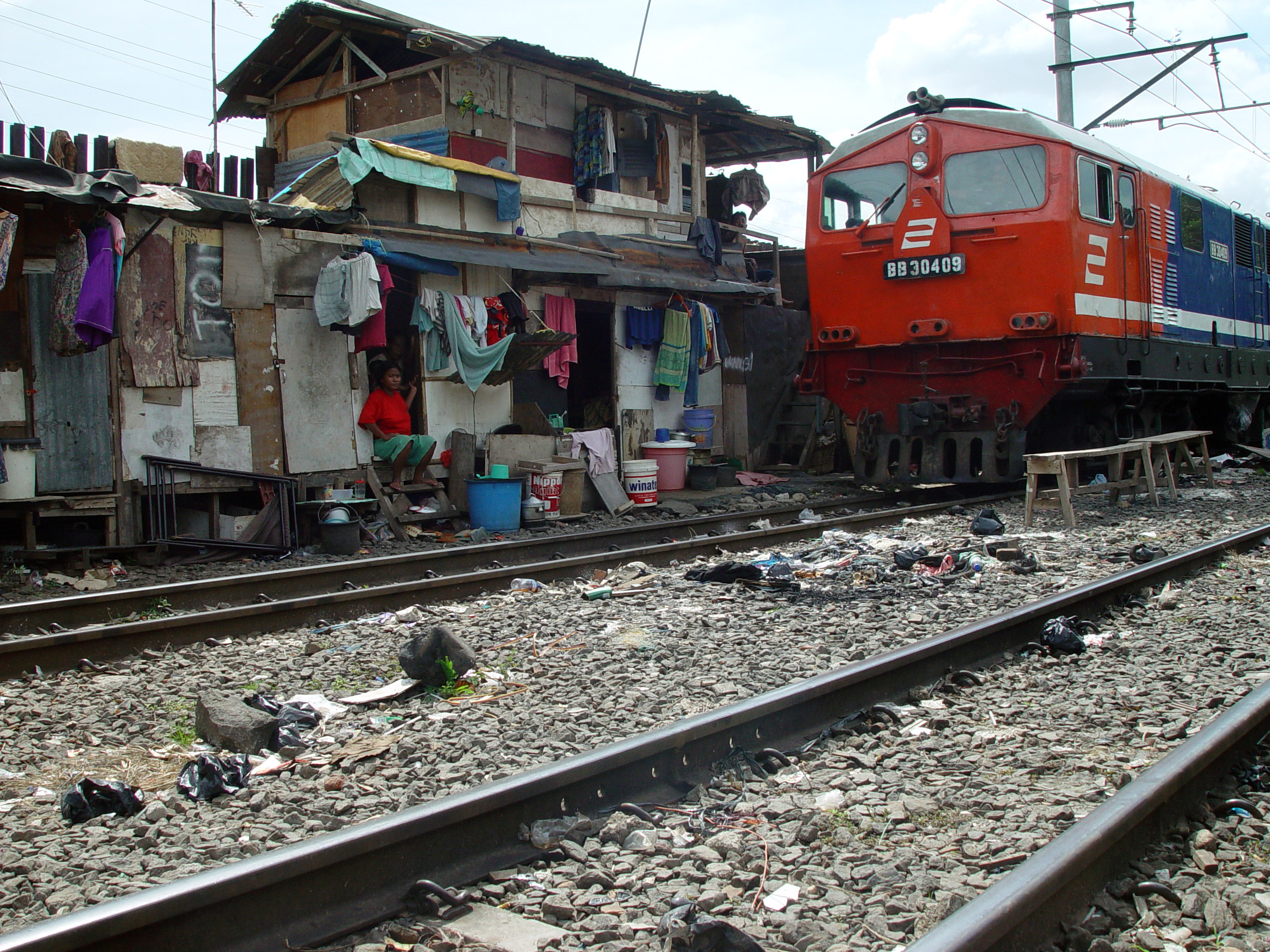